There is an absolutely massive community of musicians built around rock and metal music, and it can be argued that no other genre’s fanbase has as high a proportion of budding self-taught musicians. A lot of that has to do with the relative accessibility of the guitar, which metal is more or less built around, and how that has fostered the phenomenon of people learning how to play it either on their own or through informal lessons, and thereby much less so via the formal musical training route. Thus, extremely few guitarists actually know how to read sheet music (due to fear of “the dots”) and opt to work with transcriptions in the form of tablature instead — indeed, some even argue that sheet music is not conducive to metal guitar playing at all, considering the sheer amount of alternate or dropped tunings and guitar-specific fingerings involved that sheet music simply does not account for. Sheet music tells you the notes that are being played in a song; tablature, on the other hand, aims to tell you exactly how to play it. And it plays a much bigger role in the metal community than one may otherwise think.

Now, few people have the rare gift of perfect pitch from the get-go, and the tablature that these budding guitarists learn from unfortunately does not will itself into existence. But before we get further into that, we’re going to start with a quick history lesson (fun!) and overview of how today’s transcription community came to be what it is.

It’s hard to pinpoint how long tabs have been around right down to a specific date, but I’ve found tabs that have been made and shared as early as the late 90s. While there was initially a wave of text-based tabs in the early days of transcription sharing, the community has since moved on to using notation software. This is as one would expect, should one compare the two — text tabs are rarely as detailed as the latter, and usually leave it to the reader to infer rhythmic aspects, whereas notation software not only allows for rhythmic notation but can also use built-in MIDI sounds to play back whatever a user has notated.

Armed with their own ears as well as Guitar Pro or its equivalents — Power Tab was initially the transcriber’s weapon of choice about a decade ago, and despite being freeware, it has mostly been phased out by Arobas’ much more powerful piece of $60 notation software over the years — there is a proportionally minuscule community of guitarists who take the time to actually tab out what they hear to every last detail, essentially recreating as much of a given song as they can from scratch in said notation software. And then these tabs are uploaded to tab sites for popular consumption at absolutely no cost.

In this context, transcription is largely thankless work. There is very little to gain aside from a sense of self-satisfaction and maybe the odd ‘thank you’ from a few strangers on the internet, but when one considers the time and energy it often takes, the payoff is hardly equivalent. Yes, it does make the transcriber a better musician overall in a sense and trains their ear that much more, which in itself is very valuable, and arguably even essential for more serious musicians. But there’s not much else to it, and given the fact that hundreds, even thousands of people the world over then use these transcriptions, sometimes one wishes there was just that much more to be gained outside of the context of one’s own personal musical growth — especially considering the amount of time and effort that goes into transcribing more complex songs, even with purpose-built programs such as Transcribe!.

The main vehicle for these tabs remains Ultimate-Guitar, a website founded in 1998 that has since remained the go-to for most guitarists around the world looking for tabs. An exact value is rather elusive, but the site boasts being home to ‘800,000 songs’ — as I write this, there are precisely 1,238 tabs on the website’s queue, waiting to be either rejected by tab moderators for whatever reason or approved to be swiftly brought out for public consumption. It’s an admirable attempt at quality control that has done the website well thus far.

Ultimate-Guitar has its own tablature reading software called Tab Pro, hosted on the website itself and available to users at a subscription fee. Tab Pro and its direct competitor, Songsterr, remain the biggest subscription-fee-based tab services out there, allowing their respective owners to turn a profit in their ability to provide Guitar Pro files to the masses. Songsterr does have a freeware online notation player, seemingly crowdsourcing its archive by allowing users to edit and add to already existing tabs, but a much more powerful and versatile notation player also requires a subscription fee. Ultimate-Guitar, on the other hand, provides its tab contributors with free access to Tab Pro after some initial backlash (see comment section). Aside from that, the process remains rather unregulated, and the tabs are often reposted — usually without credit — to countless ‘knockoff’ sites that a quick Google search can reveal scores of. In most cases, the transcribers themselves seem to get the shortest end of the stick. 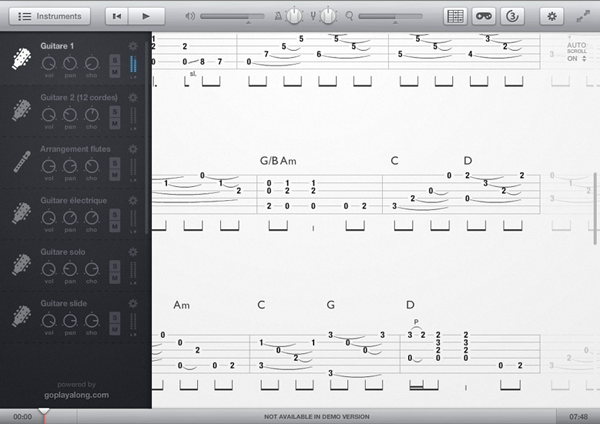 Somewhere along the way, however, artists themselves have slowly started to realize that there is an ever-increasing demand for tablature as the community of musicians continues to grow. Tab sharing involving the artists themselves has been around for some time, particularly with Rivers of Gore, a forum and tab archive for technical death metal bands that often featured tablature from the bands themselves — but that remained rather niche in its quality, and didn’t extend too much farther outside the subgenre. In 2010, however, guitarists Luke Hoskin and Tim Millar of Canadian progressive metal band Protest the Hero created Sheet Happens Publishing, a tab book publishing business that initially put out official tabs for the band’s own music. In the years since, however, Sheet Happens’ catalogue has gotten exponentially larger, hosting tabs from both established bands such as August Burns Red and Unearth, as well as younger artists like Native Construct and Chon.

This rather new model of transcription cuts out homebrew transcriptions entirely, in that those who actually wrote and performed the songs tab them out in Guitar Pro themselves. But it makes sense: tab consumers are happy because they get official, note-perfect transcriptions for an average of twenty or so dollars per album, and the bands themselves are able to profit off of this otherwise untapped part of the community. Native Construct in particular were very quick to realize this, and put out a book soon after the release of their monumental debut Quiet World much to the delight of their musician fanbase. Other bands such as Obscura and Psycroptic have also independently released official tab books, and the popularity of the concept only continues to grow. This also coincides with an increased trend of bands releasing video playthroughs of their music, which can help generate buzz for either tab books or the music itself, placate any musician fans they might have (videos make transcribing a lot easier) and also work wonders with any gear endorsements — but that’s a topic for another day that a whole lot more could be said about. 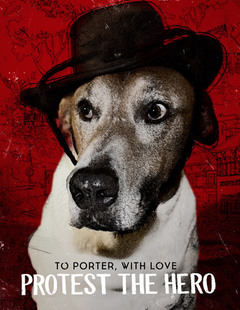 The very first tab on Sheet Happens was Protest the Hero’s “To Porter, With Love”. Porter, the subject of the song, graced the cover. This was a very good idea. (from sheethappenspublishing.com)

Now, where does all this leave the transcriber? As a transcriber myself, I’ve been very happy with the trend towards publishing official tab books, both because any exchange of money is more likely to profit the artists most over anyone else, and also since I get completely accurate tabs out of the deal. It’s a little early to try and predict whether this is going to have any substantial effect on the community, but it appears to me that most transcribers are pleased with the course of things.

That being said, yet another point of contention arises with the topic of copyright issues. When official tabs have been released, Ultimate-Guitar and the like often face takedown notices from publishers that would prefer to have tab consumers buy the tabs rather than access mostly accurate tabs for free. This itself raises an interesting question: at what point do tabs made in notation software become so accurate that they are legally identical to an actual song? This opens up a legal debate beyond the scope of this article — on that topic, the Ultimate-Guitar explanation makes for some interesting further reading.

While the behind-the-scenes nature of tablature has meant that it remains little-discussed and largely taken for granted, there are definitely big changes on the horizon given the paradigm shifts at play. Their journey in metal from being a hobbyist’s endeavour to a source of both income and fanbase expansion for the artists themselves has been rather long and convoluted as is, but the story is far from over, and it remains to be seen how the bands of tomorrow are going to make use of this aspect of their music.