Hello and welcome to Maps of Meaning, a monthly column written by Eden and Simon! If you’ve been following either of our writings, you’ll know that we tend to go for a verbose style and that we both care very deeply about literature, philosophy, music and the influences of those things on each other. So, and in keeping with the Heavy Blog tradition of speaking about these topics, we’ve decided to launch this column. It will focus on charting the various literary influences that have operated and still operate in metal today and the ways in which they influence, inform and give shape to the music we all love. Each month, we’ll focus on a different source of influence and try to look at various manifestations of it in metal but also at the underpinnings of why it influences metal and what’s the common ground between the two things.

For our inaugural edition, there was no really no other choice than to choose J.R.R Tolkien. Beyond being one of the most important writers of the 20th century, Tolkien’s works have also had an unmistakable mark on the history of metal. From Led Zeppelin‘s obsession with The Lord of the Rings through power metal’s expansion of that obsession into the world of fantasy in general and all the way to black metal’s fascination with the mythological elements of Tolkien’s modern sagas, metal has been interlinked with Tolkien’s work for a generation now. But what draws the different styles of metal to Tolkien? Is there something in Tolkien’s work which easily lends itself to metal or does the link go deeper, into common ideological or theoretical grounds?  Is it, perhaps, that both metal and Tolkien would like you to clean your room? These are the kind of questions we’ll be answering this time around. Let’s get started!

The question of metal’s relationship with progressivism or conservatism is a tough one to answer. Huge swaths of the genre are founded on ideas that are progressive: that everyone is equal, that we are all able, that oppression needs to be combated. But other parts, just as big if not bigger, focus on ideas which are rather conservative: chauvinism, might makes right, sexism and more are rife within the scene. We probably can’t answer that question for sure because the “scene” itself, like any body of ideas that’s big and diverse enough, defies clear definition. However, there’s a different perspective we can take on this question which is just as interesting. There’s a place where both of those groups of ideas meet and that’s metal’s attitude towards the current state of things. Metal is inherently against that state; society is often depicted as lacking.

In the progressives’ case, society is not developed enough, it is oppressive, regressive and we must fight to make it better. In the conservatives’ case, society has degenerated from some long lost ideal, forgotten what it means to be powerful and just. We must dig deep into ourselves and bring forth our primordial nature to restore our former glory. Both of these perspectives, however, agree that the world as it is is something to lamented and that lyrical idea runs deep through a lot of metal. Whether you’re singing of knights doing battle on far away villains or of Utopian societies struggling to be a build world, you are singing about something that’s inherently not of this realm. And that’s, of course, where Tolkien’s work are most appealing. All of his works, but chief among them The Silmarillion, are concerned with this sensation that the current world which inhibit is not enough.

Hell, even the current world which most of the characters inhibit is not enough; The Lord of the Rings is filled with intimations of the fall of the world, how magic is less powerful and how much of what was once beautiful has fled Middle Earth. The characters are constantly walking under the shadow of the pass: Aragorn is the king but he is but an echo of the might of past dynasties (an echo which he can and must restore), Gandalf is a brilliant flash of light of power from another age, the Elves are cowed and on the run, even Sauron, the ultimate evil of the series, is just a pale shadow (literally) of his master, Morgoth. In light of this, the onus of the characters in both The Silmarillion and The Lord of the Rings is to find within themselves the strength of those who came before them, to restore to the world so much of the beauty, honor and strength that have left it.

This inherently gels with metal’s obsession with the faults of the here and now and it’s desire to escape to somewhere else. Running the risk of offending someone (remember I’m a metalhead myself and I say all of this out of compassion) let me say that there’s a reason that a lot of people get into metal when they’re teenagers and leave when they grow up a bit. You can cry all you want about “lifestylers” and “poseurs” but the truth is that a lot of metal runs on a core emotion that’s very common among teenagers and that’s dissatisfaction with the current state of things. When you grow up a bit and, for most of us at least, the momentum of reality sinks in, much of metal with it’s cries for a better tomorrow or for a stronger self falls on deaf ears. Those of us that stick the course do it for many reasons (some of them including going beyond that emotion and finding the wide range of emotions which metal can convey) but plenty of us do it because a spark of that hope for a different world remains true in us.

And that’s the most Tolkien thing there is. That’s why lyrics about his world(s) strike so true because, at their base, they’re promising us a world to replace the old one that has died. His works, and metal based on it, especially power and heavy metal, bears the promise of a place where wrongs are made right, where the road to light is always clear and darkness can be beat back. The basic promise of both Tolkien and metal of the sort we’re talking about here is basically the same and that’s why they work so well together. Of course, on the surface level of things, those artists probably just loved Tolkien’s work, like Blind Guardian. But why did they love both his work and metal so much? Because it spoke to the same place within them, a place they held in high regard, a place important to them, a place that longed for another world. It gave articulation to that desire, one through literature and the other through music but both letting the same thing speak loudly.

In an overt show of influence, many black metal bands have taken their namesake from Tolkien: Gorgoroth, Balrog, Burzum, Draugluin, Numenorean, Eldamar, Sauron. Tolkien’s legacy lives on most immediately in black metal in its tradition of pulling directly from his works for thematic and lyrical inspirations for their music – and make no mistake, pulling from Tolkien has been a rich tradition since metal’s inception – but to say that this crossroads between the two is the extent of their interaction would be to barely scratch the surface of what black metal really means. If there is a singular nexus point between black metal and Tolkien, one that runs deeply through the conscious artistic choices of both, it is truly a shared love of the natural world.

Indeed, the locus of black metal’s power as a genre is cultivated so much in its sense of geography that it’s hard to even imagine the genre ever originating somewhere besides Scandinavia. Black metal has a reputation for its sound, pared-down and minimal when viewed in contrast to the maximalist bombast of of other subgenres of metal (especially its early contemporaries of thrash and death metal), as being one directly inspired by the natural world in which the artists find themselves. A running joke in black metal is the promotional forest photo shoot, but as much as it inspires laughter and seems trite today, something as simple as this speaks to the genre’s truth: black metal, at its core, is a communion with landscape.

Likewise, there is a reason that one of Tolkien’s most profound and remembered strengths, one of the most prominent reasons he’s so celebrated to this day, is the verisimilitude of Middle Earth. Tolkien spends so much time lovingly depicting the natural environs of his created world, whether it be the rolling hills of Rohan or the caustic basalt plateaus of Mordor, that no story taking place in Middle Earth could ever feel untethered to or separated from the world in which it happens.

Returning to black metal, let us remember the cover art of Wolves in the Throne Room‘s first opus, Diadem of 12 Stars: a waterfall sits within a tree-covered mountain, shrouded in fog. 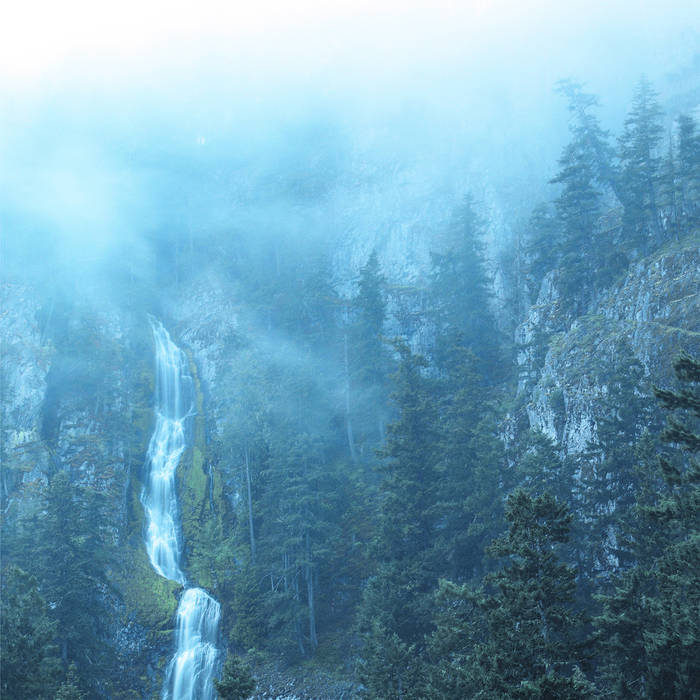 Far from just being a beautiful image – which it is – it offers a codex of sorts to understanding the four tracks on Diadem. An immediate, attention-grabbing invocation of natural beauty guides the listener’s ear throughout the album; as the band creates evolving soundscapes before their audience, they attempt, in a way, to create a sonic pastiche of the imagery they have presented. The only way to truly understand the meditative power of the music is to imagine the environment in which Wolves in the Throne Room composed such an album. That is to say, an understanding of the natural world and the environment to which Diadem of 12 Stars is tied is not just something that enriches the music, it’s something that is necessary for understanding it. Tolkien’s work operates in much the same manner: the reason he spends so much time carefully crafting the geography of Middle Earth is because comprehending the world in which the collective Lord of the Rings stories exist is as much a necessary part of appreciating his art as knowing who Frodo or Gandalf or Sauron are or why the ring must be taken to Orodruin (Mount Doom for you non-dorks out there) in the first place.

A beautiful bridge between these natural invocations in literature and music exists in the form of Summoning. A classic Austrian black metal act that have been active for about 25 years now, the duo combines traditional black metal instrumentation with programmed drums, synthesizers that feel as though pulled straight from extremely early RPG games, and wind instrumentation reminiscent of military march tunes to create a truly unique sonic palette. The pair also pull heavily from the works of Tolkien for their lyrical themes and have created entire conceptual arcs set in the world of Middle Earth. The combination of natural worship and fantasia that is present in both black metal and Tolkien sees its apotheosis here; Summoning’s music is a true missing link of sorts between black metal and its largest conceptual wellspring.

So, while other genres of music pull from Tolkien’s fantastical stories, or his poetic diction, or his long-reaching vision so separate from our own world, black metal finds the beating heart of Tolkien and perfectly subsumes it into its own core. The exaltation of nature is more than an area where the two find common ground, it’s something the genre takes directly from Tolkien: his usage of natural grandeur and the emotions it invokes has directly inspired one of the strongest conceptual underpinnings of black metal as it stands. Tolkien’s ideas still find their articulation in black metal today, and the musical tradition continues in his work of worshiping the environment in which it sees itself birthed.