25 Albums That Were Worth Your Time So Far – Part I

Lists! A Sense of Gravity Alaya Alcest Anathema Between The Buried and Me Conquering Dystopia Converge cult leader Floor Insomnium

Lists! What unruly, yet wholly necessary beasts. On the one hand, they offer a great opportunity to get a bearing on the amazing year 2014 has been so far. Just

Lists! What unruly, yet wholly necessary beasts. On the one hand, they offer a great opportunity to get a bearing on the amazing year 2014 has been so far. Just so you get an idea of exactly how awesome it’s been, the master list for these final 25 included over 100 albums. On the other hand, lists always have an arbitrary nature to them: why 25? Should they be ranked, un-ranked, color-coded, digitized or sent via smoke signal? However, we here at Heavy Blog is Heavy feel that most contentions can be resolved with just a pinch of salt: this is our list, derived from the entirety of our contributors and then voted upon. Yay, democracy!

So, please use this list as more of a guide than a definitive rule book for what’s cool and what’s not. If even one reader walks away from these posts with an extra album or band in tow, we’ll consider our mission accomplished. These posts will air all across the upcoming week, in installments of five at a time. The posts are unranked, although the final five was reserved for albums that enjoyed overwhelming consensus among our staff. You can also find a short list of albums that didn’t quite make the list but are still well worth a listen at the beginning of each post.

So without further ado, here’s an arbitrarily arranged list of awesome albums from 2014 so far. Remember: it’s okay to not like thing.

Albums that didn’t quite make it, but still ruled: 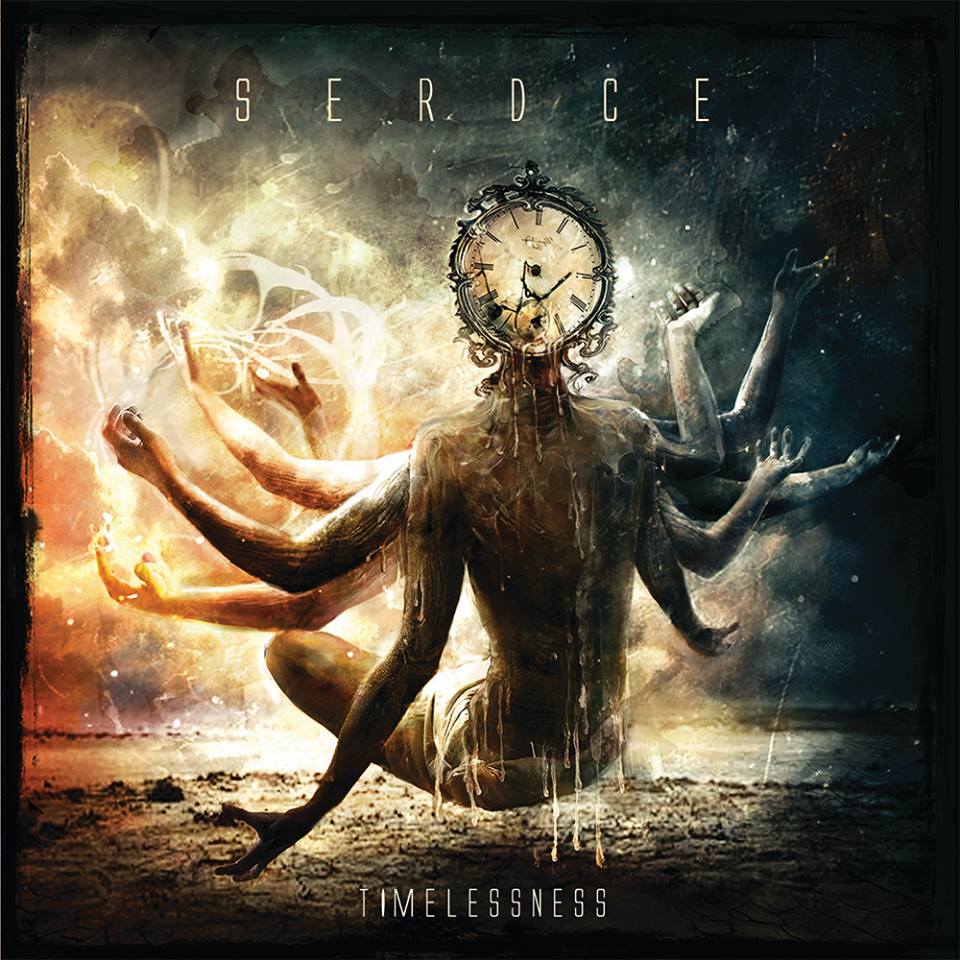 It’s fitting that we kick off this list with death metal. We’ve said it before and we’ll say it again: 2014 is the year of excellent death metal and we’ve still got some surprises in store for the second half. SERDCE exhibit this genre’s energy to the tee: Timelessness is a brilliant album for an established band, utilizing a wide array of tools to infuse their basic death metal sound with punch, ingenuity and candor. From saxophones to shreds, insanely complex bass lines to rapid riffs, this album drips skill and innovation. We especially liked the engaging double songs at the end, working as couples to provoke and expand their original concepts (brace tightly for the saxphone solo at the start of ‘Newborn‘!). This album definitely requires more than one listen to get a grasp of its odd-bird structure and approach, so make sure you dive deep into this progressive beast.

A Sense of Gravity- Travail

From an established act to one of the most surprising debut albums of recent times. A Sense of Gravity exploded into our ears earlier on in the year, bringing with them an intoxicating blend of djent, metalcore, death and progressive rock that was absurdly hard to stay away from. Often compared with Between the Buried and Me, A Sense of Gravity display the same kind of bewildering ability to shift and dance between a flurry of genres but still sound elegant and cohesive. Featured sounds include epic mellotron solos, brutal growls, heavy metal screams and guitars to set the most technocratic of hearts at ease. Perhaps the most surprising  aspect of this release though is how little downtime the listener experiences throughout the album. Every album has fillers but for the life of me, I can’t find any here. Everything feels integral and necessary, lending this album a polished and well thought out feel.

Young and in the Way – When Life Comes to Death

The blackened metal of When Life Comes To Death is a vile record that any fan of Entombedcore should own. It veers from the punk and hardcore approach of Converge and instead reeks of gloom and oppression, without sacrificing any of the attitude that you would associate with the Boston noise quartet. These North Carolina natives are quite clearly connoisseurs of the forefathers of the genres that they expertly dip their filthy toes into. The lament of acoustic guitars and low, rasped vocals in ‘Shadow Of Murder’ are eons from the onslaught of ‘Be My Blood’ yet each song is a masterful execution of not just black metal influences, but the punk perspective that Young And In The Way hold. They know they are playing a bastardization of two long standing genres and they know they can pull it off. ‘Fuck This Life’ and ‘We Are Nothing’ are so drenched in hate and ominous overtones that they could be lost in the mire but Young And In The Way can still write a hook catchy enough to ring out from the dark as coal blast beats and dark ambiance that pollute this sterling effort from Deathwish Inc.

is the most fully realized and dynamic album Misery Index have ever put out. There’s a reason it’s been four years since the last Misery Index album. The band took their time finely crafting and honing every note of

, and it shows through the quality of the album as a whole. The staples of everything that makes death metal so great are all on display in spades throughout

, whether it be the monolithic grooves, razor sharp shredding or inhuman blasts. Misery Index have once again proven that they are among the cream of the crop when it comes to good ol’ fashioned death metal, free of any and all unnecessary nomenclatures, and The Killing Gods is destined to sit atop many a year end lists. If you know what’s good for you, drop everything and go buy this album now. An instant classic.

While an altogether different beast than 2011’s Darker Handcraft, Trap Them have done complete justice to their scores of fans with the release of Blissfucker. An aptly titled project as the D-beat madness and creeping guitar riffs do indeed bring a sense of hardcore bliss, only for it to be fucked straight out of the listeners head with a jarring U-turn in pace and mood. ‘Salted Crypts’ and ‘Former Lining Wide The Walls’ are classic Trap Them with furious percussion and the over-driven guitar noise that made the band a household name among fans of the Entombedcore movement. There is no shortage of stoner riffery on Blissfucker too, with the albums two longest running tracks, ‘Savage Climbers’ and ‘Let Fall Each And Every Sedition Symptom’, chock full of down tempo, fuzzy goodness. While there are fewer movements of pulse increasing speed and aggression here, there is no moment wasted throughout the 47 minute run time. Having Kurt Ballou at the helm recording each slow crash of a hi-hat and every minute of ear ringing feedback gives Blissfucker the added impetus of total audio bombardment that the material deserves. As always when talking about Trap Them, Defend Entombedcore.

See you tomorrow, folks! We’ll have five more albums for you alongside our regular running schedule. We’ve got plenty of big names to run through, so make sure you check back in!