Debuting in 2007 with South Korean pop group Wonder Girls, the mononymous SUNMI begin a full-blown solo career in 2013. Since then, SUNMI has produced three stellar EPs in Full

Debuting in 2007 with South Korean pop group Wonder Girls, the mononymous SUNMI begin a full-blown solo career in 2013. Since then, SUNMI has produced three stellar EPs in Full Moon (2014), Warning (2018), and 1/6 (2021), and a dozen punchy singles touching all varieties of what modern pop music has to offer.

Chicago’s Riviera Theatre was bustling this night, seemingly packed from wall to wall with countless K-pop fans ready to worship their solo career queen SUNMI. As it was my first K-pop concert, I didn’t exactly know what to expect in terms of audience, but in my heart I knew that the performance would stellar. Korean pop artists endure countless hours of practiced choreography to ensure that each music video and live performance is at its best.

I will say, however, the photos of the performance below and various fancams from across the web are mere facsimiles of how much energy SUNMI and her cadre of backup dancers exude on stage, as well as the unending reciprocal spirit from the crowd. It’s like witnessing a performance ouroborus—the crowd feeding off the excitement of the performance, and the performers in kind gorging on the intensity of the crowd.

This tour performance was gorgeous, packed with storytelling elements from across SUNMI’s career as a solo artist, both in music performed, as well as the interstitial video features, both interplaying to create an air of drama and mysticism for the artist.

It’s quite difficult to encapsulate the sheer magnetism SUNMI herself exudes as a person and as an artist, but we hope that the photos below bring you a little closer. For your viewing and listening pleasure, please view the gallery of images from a beautiful, electric night at Chicago’s Riviera Theatre, as well as a reproduction of the live setlist with SUNMI’s studio work in a convenient Spotify setlist. 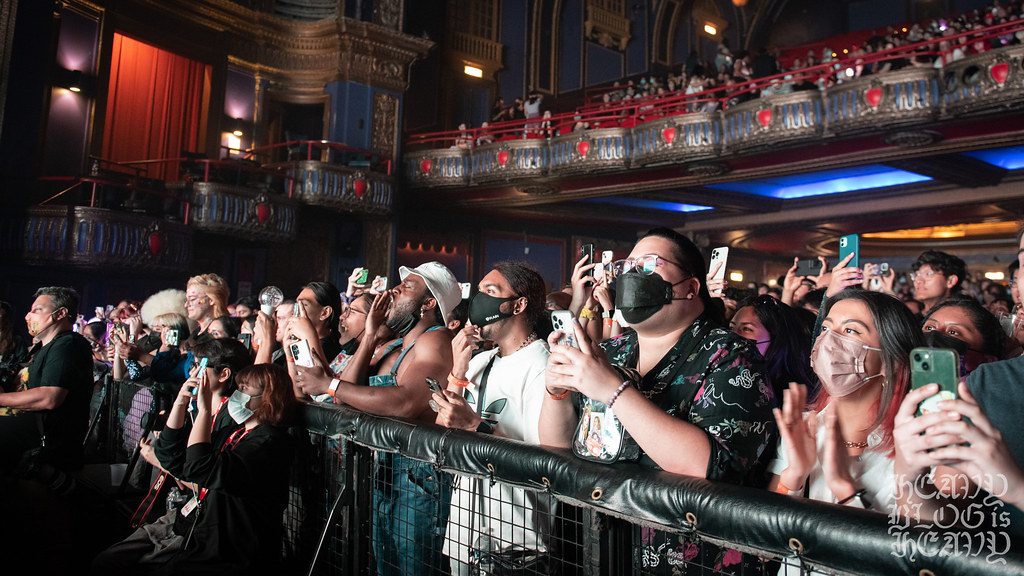