Noyan and Eden already bring you great pop culture recommendations and discussions each week on the Heavy Blog podcast, but why should they get to have all the fun? (Just because they essentially maintain and run the blog itself? I think not!) Now it’s the rest of the staff’s turn to share all the cool things from beyond the world of music that have been tickling their fancy over the last fortnight; everything from books to films, TV shows, video games and beyond!

You know, what made House of Leaves (2000) so great was not the formatting games or the postmodernist narrative structure (although both of these things certainly helped). Rather, it was the fact that its core, it was a genuinely scary and disturbing book, doing a very good job at channeling anxiety and existential fear. Likewise, Radiance by Catherynne M. Valente isn’t great because of the weird structural jumps and unspooling narrative (though both of these things certainly help). Rather, it is great because it genuinely captures the weirdness of cinema, especially early cinema, and the faint eeriness of the stories we tell about ourselves and our societies.

Essentially a science fiction novel, Radiance takes its aesthetic from the 20’s and, more specifically, from the heady airs of art-deco which grabbed Hollywood firmly by its throat during the time. What if the Solar System suddenly opened up to us before World War I? What if the relevant technologies were not the Soviet and, later, American constructors of the mid-20th century but rather the crackle and pop of Edison, Tesla, and the haunting cinema of Georges Méliès? The result is a fantastical Solar System, where strange animals and biomes hide their secrets from an ever-expanding humanity, one depicted with the misleading and powerfully truthful aesthetics of early cinema. But, as I said above, the true power of the book is in the central mystery around which it revolves and the awful truth which its solution hides. I won’t spoil it, at all; just go read this book if you love science fiction and you love it told wildly. 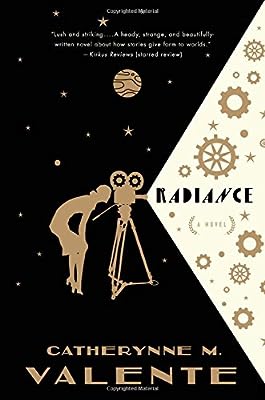 Most Warhammer games are utter trash, with the exception of very few titles. In fact, in its disparate clawing for relevancy, Games Workshop seems utterly bent on flooding the market with such low value titles, leasing its IP to whomsoever can smash two bits together and make Space Marines dance on screen for a brief second. But, every once in a while, a truly great game in the setting (whether fantasy or 40K) comes along and makes it all worth it. Mechanicus is one such game.

Beyond the genuinely well made mechanics of its turn-based combat or its exploration ideas, Mechanicus excels in the feel of its soundtrack, character design, and writing. Focusing on one of the better aspects of 40K’s lore, the Tech Priests, the game does a fantastic job in depicting their technocratic fanaticism alongside their corrupt fascination with the secrets of the Galaxy and the Beyond. The end result is game that’s fun to play not only for its gameplay but for the things it has to say about the lore of the universe it inhibits. It also certainly helps that that gameplay is excellent as well, offering a large variety of maps, foes, and abilities to keep tactically oriented minds fascinated for hours.