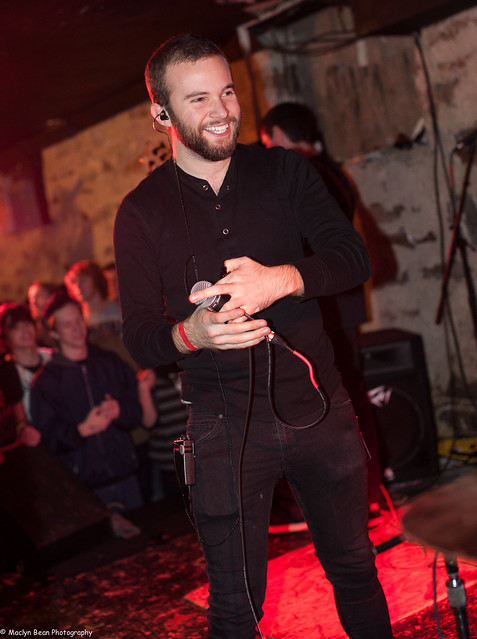 An interesting turn of events this one. As you’ll probably know, The HAARP Machine recently underwent huge line-up changes leaving three particularly great musicians without a proper place to call home. Drummer Alex Rudinger was quickly snapped up into The Faceless and bassist Ollie Rooney decided to go it alone, just leaving vocalist Mike Semesky left as a free agent.

However, with the recent announcement that long-time vocalist Kasper Thomsen has left the band, Raunchy have quickly announced Semesky as his replacement. You can read the statement from the band after the jump.

News from the RAUNCHY campSadly Kasper has decided to leave the band. No drama whatsoever and we wish him the best of luck in the future. Kasper has been a big part of RAUNCHY and done a great job on the last three albums and will remain a good friend. You can read a statement from Kasper over atwww.raunchy.dkSo who´s going to handle the lead vocals on the forthcoming RAUNCHY album? We are proud to welcome the very talented Mike Semesky (formerly of The Haarp Machine) as the new lead singer. After hearing his vocals on some early demos for the forthcoming RAUNCHY album we are beyond satisfied and very excited to start a new chapter with Mike. We are still writing and demoing ideas for the next album and we expect to enter the studio later this year.We have some tour dates coming up for late june and october so stay tuned.RAUNCHY

Semesky easily has the chops to match Thomsen so it’ll be interesting to see how this all plays out as I don’t think many were expecting this move.