Well, here we are in the final week of the Scratchy Band Logo Awards. Hopefully you have enjoyed reading my thoughts. I definitely had an awesome time writing them down. Without further ado, here are the final five best logos.

Fuck the Facts are my hometown heroes. I enjoy this logo for it’s symmetry and because it looks like a ransom note. It has a the vibe of a carnival that’s been hacked up by an axe murderer. I don’t have a lot to say about this one, but it pleases my eyes.

4. ARSONISTS GET ALL THE GIRLS

I know that technically this isn’t a scratchy logo. But the band used to have a scratchy logo that was very bland, and I think this new one is awesome. Their even newer one lies somewhere in between. This one has a pin-striping, Ed “Big Daddy” Roth style to it that I enjoy. It was probably created for the Portals album cover, which has a style vaguely similar to a Rat Fink illustration, so it works in that context as well as on its own. It’s also reminiscent of an old science fiction movie poster which I dig as an artistic style. Aside from the unique stylings of the typography, the arch shape helps to distinguish it from its peers. Most scratchy logos are horizontal and lengthy in nature, this one does a good job of putting a ridiculously long name into a small space.

Sometimes I look at this logo and I don’t like it, and other times I do. But when I do like it, I like it a lot and that’s why it’s number three on the list. It’s definitely unique with a mix of graffiti and 60s style typography, especially in the M and N. The very thin branches that protrude from each letter are well placed and give the whole thing a delicate feel even though the letters are so thick.

My one problem with the whole thing is that the ‘I’ looks like a bird from a distance. I like that there are black lines protruding into the shape of the letter, but something could have been done to make them look less like feathers.

2. SEE YOU NEXT TUESDAY

The See You Next Tuesday logo was the inspiration for this series of articles. I absolutely love it. It gives such an insane vibe. The splatters add beautiful texture and are placed in a counter-intuitive way that makes things a little awkward, but in a good way. The last Y is a particularly fine example of this. Usually I can’t stand the mixing of upper and lower case letters, but here it works very well. It’s feels like the logo was drawn by a child psycho halfway through murdering his (or her) kindergarten teacher.

The logo reminds me of two things. The first are the illustrations of Stefan G. Bucher in his daily monster series. The second, more glaring similarity, is the illustrations in Hunter S. Thompson’s Fear and Loathing in Las Vegas. They have a splattery, childlike quality in the same vein as the SYNT logo (and yes, I know how the band name is supposed to be acronymmed but there’s probably a family reading this somewhere). Like the logo, the illustrations are undeniably off-putting. In general, reading Fear and Loathing makes me feel the same way I do when I look at the SYNT logo — like I’ve just dropped pure mescaline onto my tongue and there’s a fat, lawyer Samoan bearing down on me with a knife. 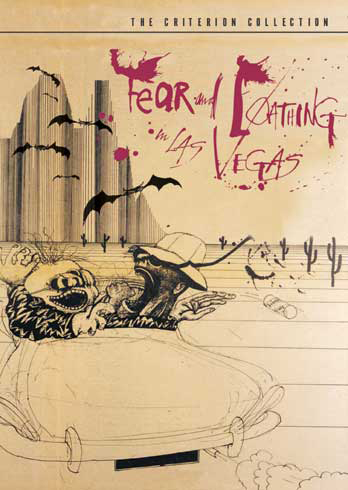 When I first conceived these articles, the See You Next Tuesday logo was my intended number one logo. The Red Shore weren’t even on the map. I checked out their Myspace a long time ago and dismissed their music as shallow deathcore drivel. Then somewhere along the line, I came across the beautiful piece of artwork above. Look at it! Bask in its glory! Every single letter could stand as it’s own logo. I could start a band named “H” and I would be happy to take just that letter as my identifier. Not only does each letter stand alone, they all come together to form such a beautiful package. Everything fits together like a puzzle, but not in a contrived way. The hairlines dripping and connecting some of the letters add just the right amount of texture. Even the little nipple protruding from the D looks awesome. Above all though, I love the E’s. They are all so attractive, especially the last one with it’s subtle curves and sharp angles, what a sly minx it is, winking at me like that.

The logo would appear to be influenced by old horror movie posters and I’m pretty sure whoever drew it had more than a little experience in the graffiti scene. It also reminds me of Gossamer from Looney Toons in both overall shape and furry texture.