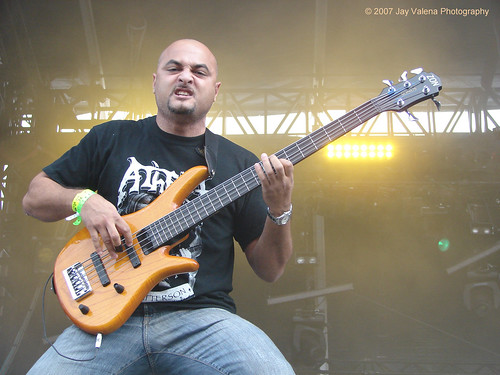 Tony Choy entered the hall of Atheist to fill the gigantic hole left by Roger Patterson‘s untimely death (R.I.P.). Tony has decided to leave Atheist four weeks prior to his recording duties in the studio, without much notice to the band leaving them quite peeved. The band claims Jupiter is still well on its way to being released with Jonathan Thompson (guitar) taking over bass. If you look over the band’s comments on the Blabbermouth article, they sound a little more butthurt than simply peeved. Either way, lets hope Jupiter is better than Elements.