This is the first post from my new blog that just started, called The Invisible Gun, hence the title of this post. I might post some of the postings I do over there on here but I’ll try to keep them separate. The Invisible Gun deals strictly with politics and my opinions on them. If you like what you read here, you will find more here.

The biggest topic of 2010 would have to, undoubtedly, be the topic of health care. Mainly, the solidity of universal health care. The French has a system that is roughly based on what America wants but we have to look at what America needs. We also have to look at what this plan is actually doing if we revert back to the ways of taxing the rich and placing that money in the hands of the poor to even out the wealth distribution. One of my goals of this website is to be able to have a group of people forget about republican and democratic and to only think of the issues and what we need. So with that in mind, let’s do this thing.

The biggest argument against the new health care bill is that it is too close to the comfort of socialism. Which is understandable for a nation who is known in the past, and even partially doing this now, as a nation to start a war because the other nations are “commies”. What we have to do as Americans are look at this bill and look at socialism and figure out if they are close. If they are, as Americans, we should lead what should be a revolt against anything that seems to be socialist, unless of course you are a Marxist. If you are, then read the Manifesto again and use logic to figure out if that could actually happen. You just might not be a Marxist anymore.

The first thing I have to say is, Obama has finally started this change that he has been promising for two years. His first 100 days were a failure and, other than this health care bill, he hasn’t passed any other major bills. I would personally rate his presidency as a D- at best. I was reading Time Magazine, which has been harsh on Obama for not doing much lately, and with this new health care bill, they think of him as a god once again. I feel like we are back where we started. He says a few fancy words and everybody is happy. I just can’t place I finger on who else was like that. 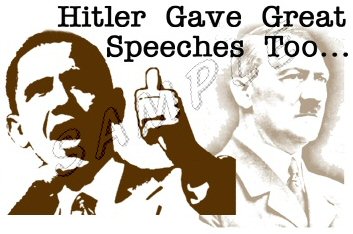 Sorry, I keep getting off subject. Health care, let’s do this thing. First, teenagers will be able to stay on their parents health care until they are 26. This is pretty much teaching young adults to be freeloaders. Good job America. And where are we getting this money? The rich. Taxation. Why? Don’t get me wrong. I’m poor and I love free money but I honestly don’t think it is right. A majority of those people actually worked for that money. Yes, there will always be that person who only inherited it but that is inevitable in a capitalist system. Plus, we are America! The land of dreams! Go out and quit eating freakin’ Burger King and start a business that attacks that needs of Americans! Make money and be known! Quit being lazy.

Without continuing on forever, I just see Obama taking the same steps Lenin or Guevara would have done in the same situation. Maybe, I am just making this up. But I simply read the facts and report them. What are your opinions?