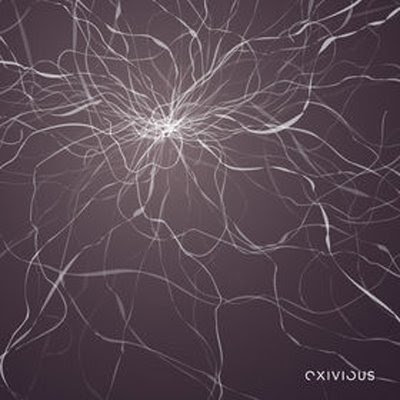 Exivious have gotten attention in “underground circles” from their first demo, but with the release of their self titled full length “Exivious“, they’ve stirred up quite a controversy (or they did, since I’m a bit late on this). The band features Tymon Kruidenier of Cynic fame on guitars along with Michel Nienhuis, Stef Broks of Textures fame on drums, and Robin Zielhorst of Cynic/Blue Man Group fame on bass. Jazz fusion/metal is nothing new. Atheist, and Cynic really launched the style back in the 90’s Florida death metal scene. But since then the genre has changed. Bands like Planet X, Continuo Renacer, etc. have taken a different approach by making the metal/jazz fusion combination a lot more jazzy. Exivious continue along this line with their newest release. There are some heavy riffs here and there but don’t expect anything death metal worthy. The riffs are still very memorable though. The guitars also have a lot of defined jazz fusion soloing with lots of legato technique, and a smooth horn like tone. The fretless bass Robin lays down is absolutely exceptional. He does more than keep rhythm, he makes the music sway, makes it pulses, makes it smooth. I’m not a drummer so I can’t say much here, but he certainly is good and has some nice fills and sounds great. This album should go down in history imo. Shit is fantastic.