It’s always weird when the driving force behind an influential metal band branches off and does his own solo thing on the side. A lot of the core fan base expects more of the same, but as it’s been shown time and time again, we end up with something different. Devin Townsend is a prime example. How did we get from the Industrial Progressive Death Metal pummeling of Strapping Young Lad to the pop metal in Devin Townsend Project’s Addicted? Likewise, what is the point of doing a solo project if it sounds exactly like the band you fronted for years?

After, the third solo album of Emperor mastermind Ihsahn, doesn’t take a huge leap in genre and style like the aforementioned Devin Townsend, but if there’s anyone out there expecting a black metal album then they’re bound to be disappointed. Ihsahn does indeed take a leap, but it’s a well thought out and confident one. If I didn’t know any better and you told me that a black metal God wrote this album, I would be hesitant to believe you.

Okay, so After does contain the black metal influence. But if you’ve been playing in a certain genre for 20 years, you can’t expect the influence to just drop off completely. There’s bursts of blackened riffing and blasts beats here and there, but there’s so much more going on in After. Putting it fairly broadly, After is a progressive metal album. From the get go, this fact is evident in the opening guitar melody in “The Barren Lands“. Tasteful hyper-melodic progressive guitar wank that reminds me of Scale The Summit can be found here and there.

There’s also an Opeth sound to some of the record with use of acoustic guitars and a clean vocal style (as heard in the track “Austere”). Ihsahn also makes good use of saxophone throughout the album, giving some sections a crazy avant-garde feel. The jazzy sax section in “A Grave Inversed” sounds like a blackened Mr. Bungle record. Holy shit, was it amazing. For a majority of the album, Ihsahn’s vocals are harsh and throaty screams. But the spotlight seems to shine on his beautifully raspy, yet serene singing that somehow manages to send a shiver down my spine.

After has me spellbound. In my opinion, this is the first truly amazing record of 2010, unless I’m missing out on something. And if I am, please let me know. But for me, this is the first sign that 2010 will be an amazing year for metal. 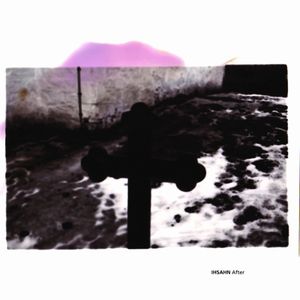