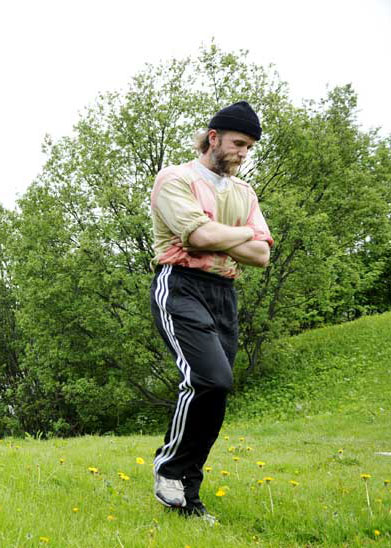 Yes, you read that incredibly offensive headline right. Varg Vikernes (or Count Grishnackh, if you take this shit WAY too seriously) was released after nearly 16 years in prison on parole a few weeks ago. If you don’t know what went down all those years ago, the man behind black metal legend Burzum, was convicted of murdering Mayhem guitarist Oystein Aarseth (a.k.a. Euronymous) and setting fire to three churches in August of 1993.

So what is Vikernes going to do now that he’s free? He’s going to be a family man.

“I miss my family. And I look forward the day that I could work on my farm, create music, write books and be with the wife and kids around the clock — and live a normal life.”

Well that’s good. He just want’s to get away from public attention and be with his family. That’s quite a long way from burning churches and committing murder.

So, that’s the good news. The bad news?

Twilight (read: Twatlight) actor and all around pretty-boy Jackson Rathbone (left), has agreed to play Varg in the upcoming movie “Lords Of Chaos”. I expect a HUGE shit-storm over this, and rightly so. I could imagine this doing the same thing to black metal what Twatlight did to vampires, what with the once preppy and rich kids suddenly becoming “dark” and shopping at Hot Topic. Soon, teenage girls will dress up in corpse paint. Maybe there will be some theater burnings over this? I sure hope so, because this is inexcusable.